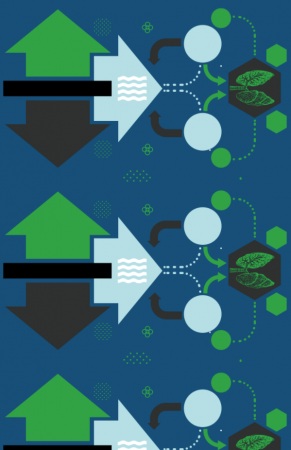 Together we are dissecting our lungs to better understand one of the mechanism of life as we know it: Respiration. What is it? Where do we find oxygen? And is it possible to grow oxygen on other planets? This session will investigate potentially habitable planets, how atmospheric circulation patterns might change in the future, how these projections are represented through numerical models; musical instruments making use of wind, singing lungs, breathless and speechless events.

Overview of the Series

“Between one night and the next, the one we came from and the one we shall land in, there will have been only four hours daylight. It moves through the freezing, trans-oceanic atmosphere, runs along the long lashes of the actress, along the horizon, violet where the sun is rising, as we fly along in our warm coffin of a jet, and finally fades away somewhere off the coast of Iceland. The journey is over.” – Jean Baudrillard. America, p. 24, 1981

Bye Bye Homo sapiens… As we extend senses, body parts, and ghost in our shells and other science fiction genres, we, as a species, have to reconsider our journey and possibly venture into the unknown, above and beyond the asphalt. Indeed, will our advancements, our technologies, compete with the ever more challenging environment and dramatic landscapes we face? From techno-catastrophes like Chernobyl to techno-mastering like the Large Hadron Collider, we, Homo Sapiens have learnt to become new explorers, we are the toxic tourists who make, design as we move, invade and create. To say the least, we are connected to one and other, we hear, we fear, and soon enough, we will all be able to tele-operate one another…. One could say we, Homo Sapiens, are rather curious organisms.

We are made of dust, organs, water, needs, thoughts, words… what else?

We are the Homo fabers, who think and shape politics; the Animal Laborans, who make, design and engineer; or perhaps the Homo economicus, the self-interested agents, producer of profits.

While we rethink our behaviours and investigate plausible futures, A/D/O research seminars are non-linear, non-conventional, non-passive classes in which we rethink, question and experiment with Homo sapiens’ tools and needs now and in the near future. Join us in this expedition, a live encyclopaedia and archaeology composed of 12 classes and associated programmes, hypnosis radios and other sublime experiments.

Worry not, fear nothing, we will build and shape new pyramids as we go, reinvent genres and experiment aesthetics while watched over by the loving grace of Maslow, Milgram or Hannah Arendt.

A/D/O is located in a 23,000 square foot former warehouse in Greenpoint, Brooklyn’s Industrial Business Zone. It has been converted into a space for creative exchange.

Speakers at the event

Maywa Denki is an art unit produced by Novmichi Tosa. It was named after the company that his father used to run by gone days.

The costume is designed as a typical working uniform of Japanese electric stores, symbolizing small/medium-sized enterprises that had once supported Japan’s economy during its high-growth period. Its unique style is indicated by a term he uses: for example, each piece of Maywa Denki’s work is called “a product” and a live performance or exhibition is held as “a product demonstration.” The products produced so far include “NAKI Series,” fish-motif nonsense machines, “Tsukuba Series,” original musical instruments. And as an activity besides of Maywa Denki, Novmichi announces “Edelweiss Series,” flower-motif object art. Although Maywa Denki is known and appreciated as an artist, its promotion strategies are full of variety: exhibition, live stages, performances, producing music, videos, writing, merchandising toys, stationery, and electric devices. As Novmichi is still looking for a new scheme for a different approach to the public, Maywa Denki now in earnest begins to extend its activities to overseas, holding exhibition in over the world.

Clara Orbe is a Research Physical Scientist at NASA Goddard Institute for Space Studies in New York City. She studies large-scale flow patterns on Earth, how they are represented in computer models, and how they may change in the future. She collaborates with other government labs and academic institutions, including NASA Goddard Space Flight Center, Johns Hopkins University and the Lamont-Doherty Earth Observatory at Columbia University. She received her bachelor’s and doctoral degrees in applied mathematics from Brown University and Columbia University, respectively. She lives in Brooklyn.

Nancy Y. Kiang is a research scientist at the NASA Goddard Institute for Space Studies. She conducts research into the interactions between the Earth’s biosphere and its atmosphere, and investigates how “biosignatures” from photosynthesis might be used to detect life on planets in other solar systems. She obtained her PhD in biometeorology from the University of California at Berkeley, and she is also a wannabe filmmaker with Reactive Airways

Sonali Bose, MD MPH is an adult pulmonologist and NIH-funded research scientist at The Mount Sinai-National Jewish Respiratory Institute, and is interested in climate change, air pollution, and other environmental exposures that influence human lung development and airway health. Her focus is on public health research and interventions aimed specifically at improving asthma outcomes for both children and adults, especially within urban communities. She received her medical degree from Harvard Medical School, and her pulmonary and critical care training at Johns Hopkins Hospital, where she is also on faculty. She is actively involved with national organizations such as the American Lung Association Airways Clinical Research Centers (ACRC) Network and the Environmental Influences on Child Health Outcomes (ECHO) consortium, as well as numerous international respiratory societies.

HerShe is a self taught multi-talented Artist/Producer. At a young age she started Beatboxing at 11 and spinning at 14. She incorporates both Beatboxing and DJing into her live sets, diversifying herself from the average performer. HerShe has played at SXSW in Austin, TX three years in a row, is the current Beatbox Battle Champion in New York, is up for World Beatbox Champion in Berlin, is a co-founder of Boston Beatbox, and has spun and performed in various Clubs, Festivals, Shows, Concerts in and around Boston, The New England states, New York, Austin, and LA. HerShe has performed with Redbull, Shure Microphones, Jessie Reyez, CupcakKe, Drezo, BreZ (from the TV show Empire), Gizzle, Butterscotch, Amanda Perez, The Beatbox House, (etc) and had been featured on platforms such as Shure.com, Sensu Music Magazine, lstylegstyle.com, austinchronicle.com, digboston.com, and has been noted as one of the top 5 most anticipated LGBTQ acts for SXSW listed with Ruby Rose all at the age of 21.

Dj HerShe will be running a short 10min workshop as a part of the panel discussion.

WILD CHILD NYC is a Brooklyn based production company specializing in experimental storytelling. Founder, humorist Elle Clay is dedicated to crafting and illuminating marginalized narratives. Elle will be recording 15 minute interviews with the participants in the seminar before the event starts between the hours of 4pm and 6pm onsite at A/D/O on March 12th.

Cabinet—a non-profit magazine of art and culture founded in 2000—aims to present unorthodox perspectives designed to foster curiosity about the world we have made and inhabit. The magazine believes that curiosity is the very basis of ethics insofar as a deeper understanding of our social and material cultures encourages us not only to be better custodians of the world as it is but to also imagine it otherwise. We understand this strategy to be fundamentally democratic, and we aim to be as open as possible by offering projects whose blend of accessibility, seriousness, and humor dismantle the exclusionary hierarchies associated with the words “art” and “culture.”

For the collaboration with “Homo sapiens: I Hear You” at A/D/O, Cabinet will each month commission three short essays of quite different mood and voice, ranging from the historical to the fictional, on the theme being considered for the seminar that month. Though the essays will traverse a wide variety of fields and disciplines, they will all inhabit the space between curiosity and method, fertile ground for those interested in interrogating who we are, what we know, and what we can hope for.